Apple has released the seventh update for its current iOS 13 mobile operating system. According to the company, version 13.2.3 is intended primarily to fix bugs. Among them is also a fix for a problem with background apps. In addition, an update for iPadOS is also available. 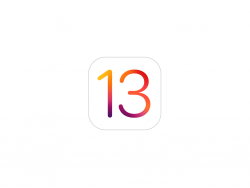 According to the release notes, the system search and searching in the apps mail, files and notes will now work again. In addition, Apple promises that photos, links and other attachments are displayed again in the message details – which may not have happened under certain circumstances.

In addition, users recently had the problem that Mail does not retrieve new messages. It should now belong to the past. In addition, it should no longer happen that Exchange accounts do not include the original message in a quote response.

iOS 13.2.3 also improves the performance of background apps. You may not have been able to load content in the previous version of iOS. Even with iOS 13.2.2, Apple had fixed a bug regarding background apps. They ended unexpectedly and unintentionally in the background by the user, which made multitasking almost impossible.

Owners of current Apple tablets received since yesterday also the update on iPadOS 13.2.3 . Its release notes list the same fixes that are included in iOS 13.2.3. Both updates come according to Apple also without safety-relevant fixes.

Apple distributes the updates as always over-the-air. Under Windows, the new OS version can also be obtained via the iTunes software. Mac OS 10.15 Catalina, which renounces iTunes, is also able to supply iPhones and iPads with a new OS version. iOS 13.x is available for iPhone SE, iPhone 6s and later, as well as the seventh generation iPod Touch. IPadOS 13 requires at least an iPad Air 2 or an iPad Mini 4.

iOS 13 requires more attention from Apple than its predecessor. The seventh update for iOS 12 was version 12.2. It will be released on March 25, 2019, about six months after the first release of iOS 12. However, the sequel did it within two months to seven updates.