Google has released a beta of the response to Apple prestigious AirDrop wireless sharing service Nearby Share published . The pre-release version is available to users who have signed up for the Google Play Services beta. 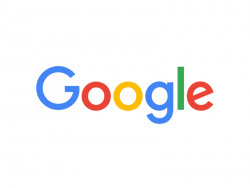 AirDrop allows files to be exchanged between iOS devices and computers running macOS. The only requirement: the devices must be in the same WLAN network or be within Bluetooth range.

As the XDA Developers report, files can be exchanged via Nearby Share via Bluetooth, cellular data or WLAN. Users also have to specify whether their device is visible to all or only some contacts. The location services must also be active.

The fact that the function will be introduced via Play Services suggests that most Android devices will support Nearby Share. Google also confirmed this to Android Police . Even the limited beta should support all devices with Android 6 and newer.

In addition, Google hopes to support other platforms in the future. Should Nearby Share actually work on Windows 10 at some point, the Apple AirDrop function would outstrip.

Google has been working on the file sharing function for some time. At the beginning of the year it was announced that Nearby Share will get its own tile in the quick accesses. It should also be possible to switch the visibility of your own device on and off.

Samsung already offers a similar function with Link to Windows. Certain smartphones from the Korean company allow simple file exchange with Windows 10 in conjunction with the “Your Smartphone” app. For example, files can be copied from Windows 10 to a Samsung smartphone using drag and drop. For sharing files between two Samsung devices, Samsung also offers the Quick Share function, which is also the equivalent of Apple AirDrop.