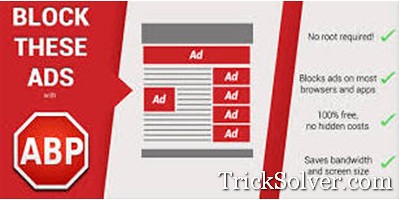 Mid-January is the time: Google will release the controversial rulebook Manifest V3 for the first time in a stable chrome version. With it, several interfaces will be changed, abolished or newly introduced – this will mainly affect adblockers. Accordingly, the changes have been the subject of controversy for over a year now.

With Manifesto V3, Google is planning major modifications to its browser Chrome and the open source version Chromium. Particularly controversial is the planned elimination of the blocking function of the webRequest API, which is used by advertising and tracking blockers. As an alternative, the declarativeNetRequest API is to be introduced, in which the browser itself carries out the filtering, albeit to a limited extent.

At the beginning, these interfaces were limited in such a way that advertising and tracking blockers would have been almost ineffective. Raymond Hill (also known as Gorhill), the developer of Ublock Origin, saw his ad blocker already abolished; Eyeo, the company behind Adblock Plus, was already preparing for the Worse Case.

Now Google has announced the new interfaces with Chrome 88. Since about one year ago, Manifesto V3 is already available in the development version, but the design of the interfaces is not yet final and may still change. Ublock original developer Hill told the online magazine The Register that he hadn’t had time to review the newly released documentation and consider its implications.

However, new functions such as blocking trackers that are delivered under the same domain via CNAME entry in the DNS are only possible with a flexible API, Hill emphasizes. Such problems could simply not be addressed in the future with a restricted API.

Just came in:  The Snapdragon naming scheme could get complicated (again)

Brendan Eich, CEO of the chromium-based and privacy-conscious Brave Browser, on the other hand, points out that Google’s Manifesto V3 removes or degrades features “required by the best tracking prevention extensions. Whether intentionally or unintentionally, it looks like this is driving Google’s dominance in privacy-invasive Internet advertising.”

The V3 Manifesto rather explains to trackers in which format their URLs have to be constructed so that they can no longer be blocked by chrome users, emphasizes Peter Snyder, who is researching privacy at Brave. “This transfers the power from the extensions (and therefore the users) to Google and the websites, and we expect that privacy-damaging software will adapt quickly.”

“At first we were really worried that they would do what they wanted,” Laura Dornheim, spokeswoman for Eyeo, told Golem.de. However, she said the Google team had been very open to feedback and had tried to take the interests of the adblock community into account. Not only has the number of items on the lists been increased, but new interfaces have also been created that can handle regular expressions, for example.

Eyeo already has a first prototype of Adblock Plus, which is compatible with Manifest V3 and comparable in terms of functions, said Dornheim. Since the software is still in development, however, not much can be said about it, for example it is still unclear whether the speed increases promised by the Chrome team can be achieved by direct filtering in the browser.

For Adblock Plus, the solutions introduced by Google will therefore work It is currently unclear whether they are also sufficient for Ublock Origin or the privacy badger of the US civil rights organization Electronic Frontier Foundation (EFF). “A wide range of adblockers is important to us,” emphasized Dornheim. We would regret it if some adblockers would really no longer work with chrome. The concentration or monopolisation in the browser market is seen critically anyway.

Just came in:  15 best and biggest MMORPGs for Android

Last year, the development team of the chromium-based browser Brave has already announced to continue maintaining the webRequest API in their browser. Also other alternative browsers openly thought about it. Firefox is currently using the web extension API anyway, which is similar to Chrome’s Manifest V2, but not identical to it.

Mozilla does not yet want to determine which interfaces and in what form they will be adopted from Chrome’s Manifesto V3. The company is currently discussing approaches with developers and will make a statement early next year, Mozilla told The Register.

Meanwhile, Google is introducing the V3 manifesto with Chrome 88. However, the transition should take place gradually, Google emphasizes. For example, the Chrome Web Store should only include extensions that are compatible with Manifest V3. Manifest V2 is to be abolished in a year at the earliest, Google explained. A date for this has not yet been set, however. In the corporate version of Chrome, Manifest V2 should remain active anyway.