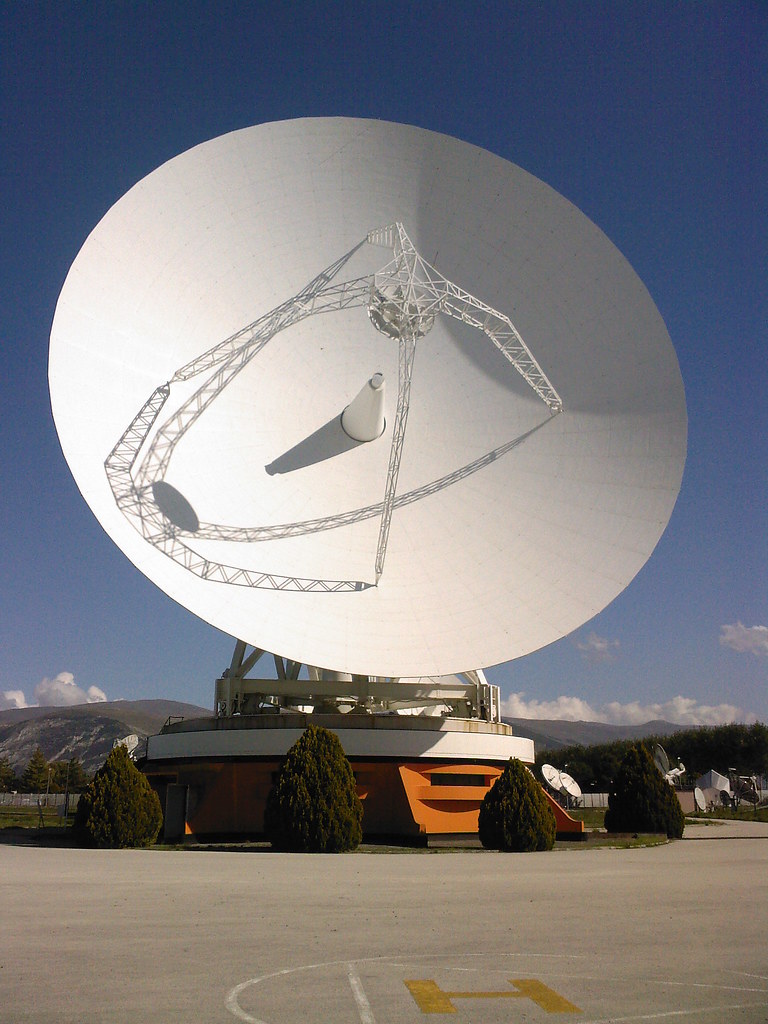 The television signal is retrieved Vodafone via satellite dish. A location is now being developed for this purpose.

The Kerpen technology site will play an important role in Vodafone’s cable network in future. This was announced by the company on 4 December 2020. Within the next two years, the site will be equipped to become a central broadcasting centre, for which several million euros will be invested.

Vodafone purchased the property, which was previously rented from Unitymedia. The company is installing very large satellite dishes in the outdoor area for the reception of TV and radio programmes. To distribute the TV signal to its almost 14 million TV customers, Vodafone maintains five broadcasting centers in Frankfurt-Rödelheim, in Munich, in Kerpen near Cologne, in Stuttgart and in Mannheim. The broadcasting centres are interconnected in a ring. The program content is either received via satellite or sent uncompressed via fiber optic connections from the TV studios. The TV and radio stations are the first network level. Vodafone’s broadcasting centres belong to network level 2 and are the starting point for the regional distribution of the TV signal. Here, the incoming data from the transmitters is processed into signals ready for transmission.

This is how Vodafone presents its network. (Picture: Vodafone Germany)
People hear the signals

After the TV signals have been processed, they are transmitted via the fibre-optic backbone of Vodafone Deutschland to the regional distribution network, which forms network level 3. This includes the lines that connect residential and commercial areas along the roads and the hubs, central technology locations where connections converge. At Vodafone these include the super pops and the downstream broadband pops, where regional TV programmes can be added. Finally, there are the regional cable head-ends, of which there are several hundred in Vodafone’s cable network. Here the IP-based data stream is converted into digital signals and assigned to the TV channels. Amplification points for the signals are located along the streets after the head station.

From the grey boxes on the sidewalk continue to the house handover point. This is often located in the basement and represents the change between grid levels 3 and 4, because the fourth level is the wiring in the house. The signal passes through an amplifier and is distributed from the house distributor via coaxial cable. The fifth and final network level is located behind the cable network socket for the viewers.