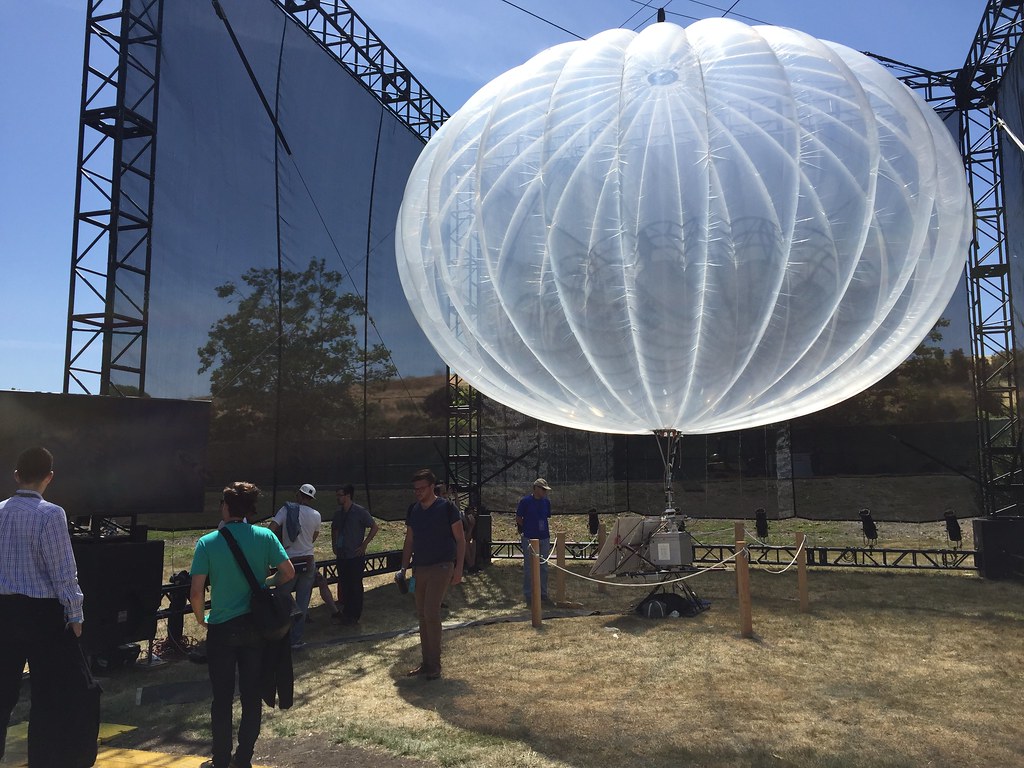 Project Loon: Google’s Internet balloons will be controlled by AI in the future

A KI-System has designed a new control software for Google Loon. It will take over the navigation in the future, because it is simply better.

For some time now, Google’s flying internet access points from the Project Loon have been bringing a connection to poorly connected countries and areas. The company has now replaced the balloon control software with an AI system. This should keep the nodes much more efficient and stable in the stratosphere at an altitude of 29 kilometres above Kenya. Until now, this has been done by manually programmed software. The new system will improve itself using sensor data and external information such as weather conditions.

“Efficiently navigating a high-pressure balloon in the stratosphere requires the integration of a variety of information – such as wind speeds or an estimate of solar radiation,” writes the Science magazine Nature. Using a reinforcement learning algorithm, this information can be used for the autonomous loon network. Thereby a kind of self-correcting layer had to be implemented, which constantly adapts and improves the behaviour of the software.

Efficient control and no Skynet

A 39-day experiment over the Pacific Ocean has shown The Reinforcement Learning Program can be applied to real world projects. Up to now, such approaches have been used more for classifying large amounts of data than for controlling real objects. For the Loon team, this is an important finding and a surprise: Originally, the AI was supposed to catch up with the manually programmed software. Instead, it is more efficient.

According to Google, the experiment has been running since 2019 and was finally completed at the end of 2020. However, Loon’s CTO Sal Candido assures: “No self-thinking balloons were created here that could develop consciousness. The only difference to a conventional program is that the behavioral patterns, conditions and rules of software were written with the help of measured values and data, and no real human being typed in routines manually. He adds: “Even if it is not the beginning of an Asimov novel, it is a great story and perhaps something that could be called AI.”